With great respect, that is a bad legal argument: ‘respect’, courtesy or insult?

LegalWith great respect, that is a bad legal argument: ‘respect’, courtesy or insult? 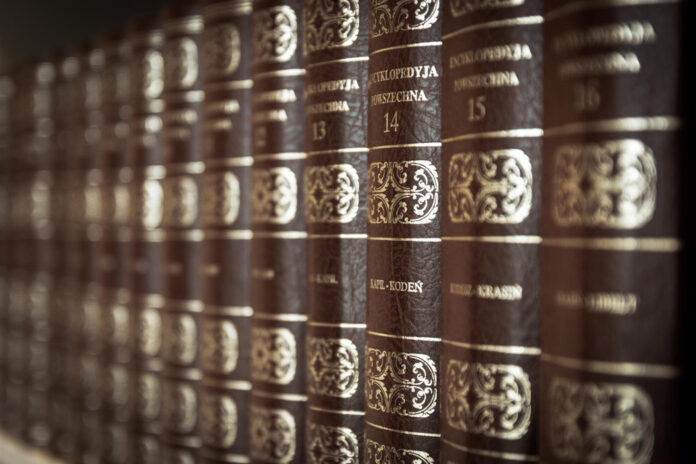 “Eighteen of Mr Tangle’s learned friends, each armed with a little summary of eighteen hundred sheets, bob up like eighteen hammers in a piano-forte, make eighteen bows, and drop into their eighteen places of obscurity.”

It is nearly 170 years since Charles Dickens mocked the pomposity of legal proceedings in Bleak House. However, even in the twenty-first century, courtrooms are environments rich with stylised rules of courtesy and behaviour which continue to perplex, confuse and bewilder those outside of the profession. Given the verbal gymnastics that goes on in the courtroom, the language of the court has long been a focus for linguistic research, particularly in the field of ‘forensic linguistics’ which deals with language of the law and the legal process and language as evidence.

Linguists, and in particular discourse analysts, seek to examine and understand the nature of communication across contexts. It is therefore no surprise that a good deal of research in linguistics has focused on the criminal courts and most commonly on the language of witness examination. This necessarily entails, for the most part, the analysis of interaction between legal professionals and (usually) non-expert witnesses. In contrast, very little linguistic research to date has focused the appellate courts or on how legal professionals such as judges and advocates speak to each other.

Gina Miller’s successful attempt to compel a parliamentary vote on leaving the EU was subject to intense scrutiny and analysis from both media and academics. The hearings in the High Court and Supreme Court in relation to the need for primary legislation to trigger Article 50 provided a valuable opportunity to examine advocacy in action both from a legal and linguistic perspective. One of the major challenges for linguists analysing courtroom discourse is the difficulty in accessing transcripts. With the Brexit case, however, in order to ensure transparency in the public debate surrounding the UK’s withdrawal from the EU, full transcripts of the Brexit hearings were made available online to the public. This means that the Brexit hearings provide a unique opportunity for linguists to analyse the language of advocacy in one of the most significant cases of constitutional law in British history.

The appellate courtroom is of particular interest to language analysts because it is characterised by argument, disagreement and judicial intervention. Linguistic behaviour that would ordinarily be considered conflictive or combative is central to the business of the appeal courts, particularly insofar as judges challenging the advocates and opposing advocates challenging each other. However, at the same time, when advocates appear before judges they are expected to demonstrate professional courtesy. The language of advocacy places an emphasis on obvious displays of courtesy which are engrained as both rules and normative principles. Such an emphasis accounts (at least in part) for the familiar terms of address ‘My Lord’, ‘My Lady’ and ‘My Learned Friend’. Indeed, discourtesy can result in disciplinary hearings and a finding of contempt of court. As the Court of Appeal warned in the case of Farooqui:

“the administration of justice…depends on a sensible […] respectful working relationship between the judge and independent minded advocates responsibly fulfilling their complex professional obligations.”

The importance of advocates showing respect to judges, and to each other, is central to the operation of the rule of law, and the requirement to display courtesy at all times is something which is impressed upon advocates throughout their training and career. One of the challenges that trainee advocates face is learning how to express disagreement robustly but with suitable courtesy. Advocates are often advised to use linguistic devices which allow the conflict inherent in appeal court hearings to be negotiated whilst maintaining the impression of courtesy.

‘Respect’ (and its related forms ‘respectful’ and ‘respectfully’) is one such device. It is the perfect antidote for explicitly signalling courtesy while dealing potentially damaging blows to counsel or opposing advocates. The use of the word ‘respect’ has a special and significant meaning associated with it in the legal profession, very familiar to practising barristers. The counterintuitive interpretation of the ostensibly polite ‘respect’ is wryly summarised extra-judicially by Lord Neuberger:

For this reason, in a recent paper published in the Journal of Pragmatics, we turned our attention to the use of ‘respect’ by the two primary opposing advocates in the Brexit case – Lord Pannick QC and James Eadie QC. To analyse the transcripts we took what is referred to as a ‘corpus’ approach to discourse analysis, whereby the analysis started by identifying frequently recurring patterns in the talk, followed by a classification or categorisation of similar instances and some close-reading qualitative analysis.

In total there were 230 instances of ‘respect’, ‘respectful’ and ‘respectfully’ used by Pannick and Eadie combined across the two hearings, meaning that it they accounted for around two words in every thousand spoken. By comparison, this is about the same frequency with which ‘EU’ was said during the hearings (279 times). Generally speaking, Eadie used it more frequently than Pannick, and both used it more frequently in the Supreme Court than the High Court.

Our analysis provided evidence to support what many in the profession would expect. That ‘respect’ is a multifunctional device for advocates, serving a range of purposes during interaction. On the one hand, ‘respect’ is frequently used by advocates to manage difficult situations in which they disagree with judges but must adhere to the strict institutional hierarchy at play. For example, when James Eadie QC disagreed with The Master of the Rolls he responded with a heavily hedged and courteous disagreement:

“My Lord, I think, the Master of the Rolls said: well, does this all depend upon the fundamental distinction being drawn between an amendment and a withdrawal, bearing in mind the wording of that Act. In my respectful submission the position is that withdrawal is not touched at all by that legislative scheme…”.

However, in many instances, the use of the word ‘respect’ is more complex than a simple act of courtesy. In the High Court, for example, James Eadie Pannick QC challenged an aspect of Pannick’s submission:

“You need to exercise a little caution, if I may respectfully say so, with Lord Pannick’s submission that you don’t need to bother about this point because Lord Denning disposed of it in Laker in the terms that he did.”

Pannick does the same, using ‘respect’ to varnish, and perhaps exacerbate challenges and attacks of Eadie’s argument (and competency), such as this in the Supreme Court:

“It is no answer for the Attorney General to say in his submissions, as he did on Monday, and I quote: ‘Parliament can stand up for itself.’ With great respect, that is a bad legal argument”.

These are features of courtroom language that lawyers take for granted. However, from a linguistic perspective, there is much to be said about the skill, nuance and opacity of legal language. There is more to be learned about courtroom language than how barristers cross-examine witnesses. The linguistic interplay between legal professionals is a rich source of data for the analysis of institutional interaction, and what it can tell us about the relationships between duelling courtroom participants. In terms of ‘respect’ specifically, the power of its ‘hidden’ meaning is perhaps best summarised by Horace Rumpole, who describes advocacy as:

“Standing up and bowing, saying, “if your Lordship pleases, In my humble submission, With the very greatest of respect my Lord,” to some old fool no-one has any respect for at all”.