Is your expert an expert?

Selected ArticleIs your expert an expert? 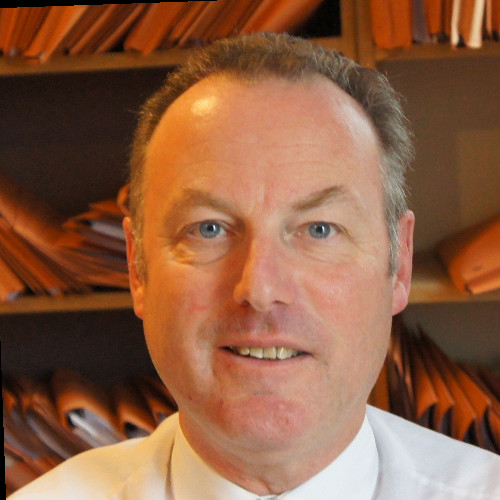 The Civil Procedure Rules came into force in 1999. Coincidentally the need for these rules to be adhered to was playing out in the  Courts, with several cases where  Professor Sir Roy Meadows was giving evidence in a series of murder trials. The Court believed him without examining his right to give expert evidence. He was, after all, a Professor and an expert in his field. Unfortunately, as many will recall, he was not an expert in statistics which he got completely wrong and several convictions were subsequently overturned, although considerable damage had been done to the individuals concerned.

With that experience, and the CPR Part 35 in place, the Courts were invited to examine the suitability of an expert to present evidence to them, as were the instructing Solicitors and Barristers. It is a matter of regret that this duty to present only those experts to the Court that are experts in  the case being examined, has rarely if ever been undertaken.

Over the years, in many different areas, this has led to expert evidence being found wanting. All too often this has come out in Court, whereas the system is present to ensure that such evidence never gets to Court.

Some cases will slip through the net until caught. In the case of Zuber Bux v GMC[2021] EWHC 762 (Admin), Dr Bux had provided travel insurance reports for sick travellers but failed to declare that his wife was a partner at the instructing solicitor. He was struck off he register.

Others, such as failing to correctly record an interview (McLennan v GMC[2020] CSIH12) are more difficult to trace, and in this case was only found out due to a covert recording of the interview. The case of Squier v GMC [2016] EWHC 2739, Dr Squier strayed from giving expert opinion and gave personal opinion as fact. Whilst initially struck off, she was later readmitted with restrictions.

In Dana UK Axle Ltd v Freudenberg FST GmbH [2021] EWHC 1413 (TCC) the gatekeeping role of the Solicitor in the case failed, causing a free flow of communication between Freudenberg and the appointed expert. The judge observed that, in fact, none of the reports were compliant because they all failed to contain a statement that the expert understood his or her duty to the court and had complied with that duty; to state that the expert was aware of the requirements of part 35, the practice direction and the guidance; and to provide a statement of truth in the terms required by the practice direction. We appear to have got nowhere.

There are many more examples. My own experience in early 2020 was being faced with a Defendant Expert who was entirely unqualified in the matter in hand (and as an expert) and had no experience in it. He dissembled, misquoted medical notes to discredit the Claimant, changed his opinion in  the witness box without evidence and invented some information he gave in evidence – claiming to know what occurred to the claimant in a three month period where there were no records of any sort. (Nightmare on St Aldgates – Barrister Magazine 2020). His evidence was preferred against an expert fully qualified in the area who made no errors, but there was a sub plot. Appeal failed, probably for the same reason. One problem in this case was also highlighted, namely that the Judge, no doubt eminent in his field, was not normally exposed to personal injury, and particularly occupational injury cases. The impression was that although carefully explained over several days, he came away knowing little more than when the case started.

This is a further area that could improve the quality of cases. Necessarily those that get to Court are complex, all the others settle. It would be a significant step for justice if the Judge was  a specialist in the area he or she is judging, not necessarily exclusively but at least with a decent knowledge of the type of case.

So where is the system working? In January 2020 Thimmaya v Lancashire NHS Foundation Trust found the expert not competent and they were ordered to pay just under £89,000. In September 2021 a Dentist was made to pay £50,000 in costs. Neither were found to be competent. The problem is that these cases are extremely rare although the underlying problem is not.

So who is responsible? Ultimately it has to be the experts in first place. They put themselves up as expert. They are therefore responsible for obtaining the training and for ensuring that their expert practice forms part of their annual appraisal (Academy of Royal Colleges pamphlet May 2019 – Acting as an Expert or Professional Witness).

Next it is the Solicitor. How often do they check that their expert is suitable?  My impression is never.

Then the Barrister. The first thing I would expect is for the Barrister to ensure that the expert he or she is to present to the Court is in fact suitable. I do not know of any examples of this. This was the fundamental error by the legal team in Nightmare at St Aldgates.

Finally, and most importantly is the Court. If the Courts made a regular habit of excluding expert evidence that was not expert, the pressure to comply would filter down the chain above. Unfortunately one reason, and possibly the main one, that Part 35 is frequently not complied with is that Courts do not insist on it and too often do not penalise when compliance fails. The days when a Judge considers that someone can exit their consulting room and instantly be suitable to give expert opinion on a subject they may never normally deal with should have been over decades ago. Unfortunately despite Lord Woolf’s best efforts the system still has a very long way to go to achieve the aims that he intended.