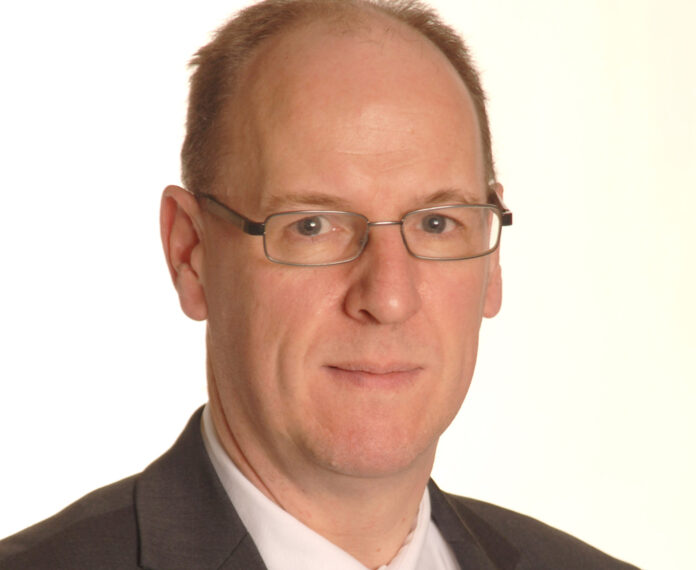 I have spent the last 15 years fighting on behalf of the Law Society’s members for the pay their vital work deserves, which is necessary to make the criminal defence profession sustainable and ensure access to justice for victims, witnesses and defendants.

Criminal defence solicitors have gone a staggering quarter of a century without a significant funding hike. It is hard to think of any other profession where the fees payable are stuck in a mid-90s time warp.

Unsurprisingly given the decades of underfunding and cuts, criminal law is no longer an attractive career option for young solicitors or barristers.

Many of those who are currently practising in criminal law will be considering how long they are able to continue doing so – a growing number have already left.

Switching to other areas of the law or crossing the courtroom to work for the Crown Prosecution Service are more attractive in terms of pay and conditions.

Our research shows that the average age of duty solicitors is increasing, and their number is dwindling. In a growing number of counties, there are no duty lawyers under 35 doing this work.

The criminal defence lawyer is becoming extinct before our eyes.

This isn’t just about lawyers being paid for the extremely important work they carry out, it is about whether what the government pays covers the cost of delivering this essential service. A functioning criminal justice system is crucial for society.

As the HM Chief Inspector of Constabulary has said “the system of criminal defence is essential to justice” and the “state of the legal aid system imperils justice”.

If someone is arrested, they need the high-quality in-person advice in the police station and the magistrates’ court that our members provide to help ensure they get a fair trial and a just outcome, as well as needing high quality advocacy in the Crown Court.

The government’s failure to invest in the criminal justice system has been starkly evident in a time of crisis when the covid pandemic has exacerbated the backlogs in the criminal courts.

Years of underfunding and cuts mean there simply aren’t enough judges, prosecutors and defence lawyers left to cover the huge number of cases waiting to be heard.

The delays that victims and defendants are now facing in accessing justice are completely unacceptable.

A traumatised victim can be left waiting years to see their assailant locked up, while others lose faith in the justice system altogether. An innocent defendant can find their life in limbo while they wait to clear their name.

With increased police numbers predicted to lead to more arrests, criminal defence solicitors are needed more than ever, but those that remain are already stretched to breaking point and meaningful investment is needed immediately.

Over the years, we have witnessed many false dawns and supportive words not leading to the extra money solicitors and barristers need for their work to be sustainable.

The recommendations of the Independent Review of Criminal Legal Aid and the mood music from UK government that followed suggested that the profession would finally get the funding hike that is essential for the system to survive.

Unfortunately, government assurances that its proposals matched the findings of the review turned out to be spin.

Sir Christopher Bellamy made clear that an immediate injection of a 15% increase in fees was the bare minimum needed to keep the beleaguered criminal justice system functioning and ensure access to justice for victims and defendants.

Government rhetoric suggested they had understood the seriousness of the crisis, but thorough examination of the consultation has revealed that the proposals fall substantially short of what they first appeared to be.

After detailed analysis of the documents and meetings with Ministry of Justice (MoJ) officials and ministers to check the accuracy of our conclusions, the Ministry has confirmed that the total value of the package of measures for solicitors amounts to just 9% rather than the often-quoted 15%.

A 9% fee increase for criminal defence solicitors is woefully inadequate to cover the costs of providing this service and sends out a clear message that the MoJ is simply not serious about stabilising the criminal justice system.

While of course the proposed investment in police station and magistrates court work is much needed and welcome, the overall package is well short of the minimum identified as necessary to keep the network of criminal defence services functioning. It is no good to make part of the system economically viable if the system as a whole is not. That is why we cannot support this set of proposals.

Sadly, unless the government changes tack, we no longer believe that there is.

As Sir Christopher said, the position that criminal defence solicitors find themselves in is ‘parlous’.

Given past and current demands on the system, we share Sir Christopher’s view that further investment beyond the bare minimum 15% will be needed to ensure the criminal justice system can function effectively and tackle the backlogs. This is in the public interest.

We understand why many barristers have chosen to take direct action. This action is likely to have an impact on solicitors, so we have published guidance to help them decide what to do if they are affected.

We are urging our members to respond to the government consultation and doing everything in our power to convince the government to change tack urgently.

Without necessary investment at least on the scale Sir Christopher has said is needed the backlogs will endure, solicitors and barristers will continue to leave the profession in their droves, and we will no longer have a criminal justice system worthy of the name.

Richard Miller, head of justice at the Law Society of England and Wales