Improving Access to Justice? What the Changes to Cost Capping in Planning and Environmental Claims Really Mean?

Comment & OpinionImproving Access to Justice? What the Changes to Cost Capping in Planning and Environmental Claims Really Mean? 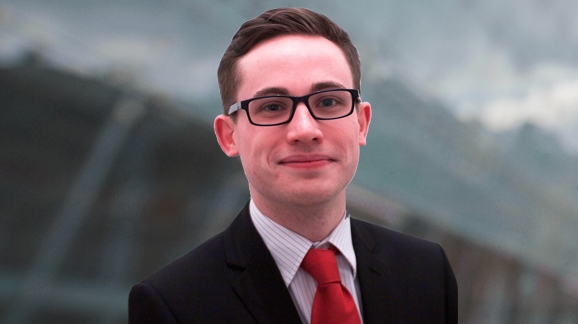 You will likely have the seen the headlines which accompanied the decision taken by the High Court last September to re-instate fixed costs for disputes in planning environmental cases – overturning rules introduce by the Ministry of Justice last February.

Going back to 1 April 2013, we can see that the Civil Procedure Rules were amended to include new rules for claims that fell within the Aarhus Convention.

Moreover, it provided a strong incentive against challenging whether the matter is environmental. If such a challenge was unsuccessful, the defendant would be ordered to pay indemnity costs for having raised the matter (per CPR 45.44).

Where the matter was a judicial review that engaged environmental issues, CPR 45.41 provided the claimant with the mechanism to secure a protective costs order. This meant that, even if the claimant lost their claim, they only need to pay £5,000 in costs to the other side, or £10,000 where the claimant was an organisation.

In Venn,[1] it was held that these provisions could be read across to statutory challenges to an Inspector’s decision.[2] However, they did not apply as a matter of course. The Claimant would need to demonstrate that they required the protective costs order in light of their financial resources.

These provisions in the CPR had, therefore, acted as a mechanism whereby claimants can pursue judicial reviews, whilst significantly limiting their costs exposure.

However, on 28 February 2017, at the behest of the Ministry of Justice, the CPR was amended to soften these provisions through CPR 52.19A.

The changes meant that the Court had the power to vary the costs cap of £5k or £10k, to a much higher figure depending on the claimant’s personal resources and or access to funds (including from supporters).

Accordingly, the previously fixed costs cap became a flexible figure, which could be varied on each occasion.

A number of charitable groups invested in environmental decisions (eg. the Royal Society for the Protection of Birds) pursued a judicial challenge of these provisions in R. (RSPB and others) v Secretary of State for Justice [2017] EWHC 2309 (Admin).  They contended that the rules were in breach of the Aarhus Convention.

The challenge was pursued on three grounds, namely:

Dove J found that the amendments to the CPR were not unlawful, however, he provided clarity on their application.

As regards ground 1, Dove J held that where a protective costs order is to be challenged, it should be done in the acknowledgment of service. The level of costs should be determined at the outset of the claim, so that the claimant can know early in the process their potential costs exposure.

As regards ground 2, the Court found that where the claimant’s financial resources were to be considered, the hearings should be in private with such information being kept confidential.

This was to avoid ‘the chilling effect, which the prospect of the public disclosure of the financial information of the claimant and/or his or her financial supporters’ could have.

As regards ground 3, the Court found that the Claimant’s own costs were relevant to assessing whether the costs were prohibitively expensive.

Following the ruling the law firm acting on behalf of the charitable groups claimed they had won ‘major concessions’ from the Government which ‘make it radically better for access to environmental justice and go a considerable way to allay legitimate concerns of a chilling effect on otherwise meritorious legal claims.’

Similarly, the Secretary of State for Justice has equally claimed success, on the basis that the amendments to the CPR have been upheld in substance, albeit their application might have changed.

For practical purposes, the judgment confirms that the previously fixed costs cap can now be varied in judicial review claims. However, only time will tell as to whether the Courts will typically be open to varying the costs cap in any appreciable manner.

Moreover, in light of the need for hearings in private, it might be the case that the costs associated with arguing this point outweigh the savings made in varying the costs cap in any event

At this stage there is potential for the High Court ruling to play out in a number of ways. Planning and environmental lawyers will watch with interest to see whether the amendments to the CPR have much difference in practice.