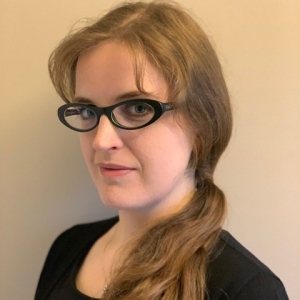 With technology advancing every day, Ceri Davis of 36 Commercial explores the importance of mastering the language of cyber law

You are standing in the middle of your kitchen: how do you make a sandwich?

Most answers will fail to take into account the numerous and critical processes involved in what, on the face of it, seems like a simple task. They will neglect to address where the bread is stored, how you get there, how you access the bread etc. Writing computer software requires precision and breaking activities down into their constituent parts. That level of granular and analytical detail is vital to understanding and speaking the language of cyber law.

What is Cyber Law?

First, however, you need to understand what cyber law is.

At its most basic, it is any litigation, case or legal issue that is affected or impacted in any way by computers or technology. However, with continuous technological advances, data and technology are increasingly the subject matter of disputes or the key to resolving them. It is this form of cyber law that requires special consideration by practitioners and the courts. Traditional rules and remedies need to be adapted and refined in order to apply them to these developing areas. Therefore, the language of cyber law includes ‘black letter law’ and existing legal concepts. However, simply understanding these is not enough. To understand and speak the language of cyber law it is essential to understand technology and the concepts and terminology that govern it.

For example, the colloquial use and understanding of the word ‘hacker’ is a distortion of its original, and still commonly used, meaning. Although typically understood to mean someone who gains unauthorised access to, or compromises, a computer system, the word ‘hacker’ was originally used to describe “a person who delights in having an intimate understanding of the internal workings of a system”, particularly computers and computer networks (defined by the 1993 Internet Users’ Glossary, RFC 1392). ‘Cracker’ or ‘attacker’ are the more ‘technically correct’ and less ambiguous terms for an individual with nefarious intent.

The ambiguity of ‘hacker’ has the potential to cause confusion about the nature of not-for-profit voluntary ‘hackathon’ events such as ‘NHS Hack Day’ or ‘Hack the Police’. Contrary to what the names might suggest to many, these events are not attempts to gain unauthorised access to or compromise NHS or police systems. Rather, individuals in the technical community get together with individuals from the NHS/police to find innovative technological solutions to problems they face. Such solutions have included a phone application decision-tree for out-of-court disposals that police officers can use in the field, and software that helps haematologists count cells (rather than having to use a manual tally counter).

Misconceptions not only apply to the definitions of words, but also the expectations and associations that they engender; for example, the concept of ‘intelligence’ in ‘artificial intelligence’ (AI). Hollywood portrays AI as human brain equivalents: unconstrained systems with limitless adaptable intelligence that can learn without being specifically taught and eventually take over the world. Such AI is, and is likely to remain for the foreseeable future, fiction. Examples of real-world AI are the voice processing systems in Siri and Alexa, and systems for flagging inappropriate content online or assisting radiologists to detect potential tumours in X-rays. These systems have learnt how to carry out specific tasks, but they are constrained by what they have been explicitly taught: they do not have the flexibility or adaptability of human intelligence.

Another example is the phrase “you should consider your systems compromised”. Someone unfamiliar with technical parlance could take this phrase out of context and view it as a threat. However, in the aftermath of a potential security incident, it simply represents a statement of good security practice: if an incident may have occurred, it is considered good practice to act as though one definitely has. Thus context and understanding are key.

In The Sorcerer’s Apprentice in Disney’s Fantasia, Mickey Mouse enchants a broom to fetch water for the cauldron. It is soon overflowing, but the broom does not stop. Mickey is only saved by the sorcerer’s return. The story shows how insufficiently precise instructions had unintended consequences: the broom did not stop filling the cauldron once it was full because Mickey did not tell it to; he only showed it how to fetch water and fill the cauldron.

Precision is vital when writing code in order to relay the correct instructions. Similarly, precision is paramount in the language of cyber law. Not only is an understanding of legal and highly technical terminology and concepts required, but they must also be used and deployed correctly to ensure that what is said and done is feasible and has the intended consequences.

Several observations can be made:

In Ion Science Limited v Persons Unknown, the court considered the lex situs of cryptoassets and stated that it is the place where the person or company who owns it is domiciled. This is somewhat confusing considering the technical aspects of cryptoassets.

It is said that cryptoassets are held on trust in fraud and ransomware cases. Therefore, it may be more appropriate to say that the lex situs is the place where the person or company with beneficial ownership is domiciled. That formulation is, however, problematic where beneficial and legal ownership rest together. For example, two individuals may have the private key and be domiciled in different jurisdictions, or a private key may be split between two or more people by virtue of a secret sharing algorithm and they have to act in concert in order to deal with the cryptoasset. Who ‘owns’ the cryptoasset in these circumstances to determine the lex situs? As these questions come before the courts, specific, rather than general, principles may emerge to ensure legal and technical precision.

The Language of Cyber Law

The language of cyber law is complex and highly technical, which is why expert legal advice should always be sought when faced with cyber litigation. It is, however, like learning any other language: it gets easier once you learn the basic rules.

So, you are standing in the middle of your kitchen: tell me again, how do you make a sandwich?

This article was first published in the New Law Journal, 25 June 2021, Issue 7938: https://www.newlawjournal.co.uk/content/cyber-law-language-matters