Computer Evidence: presume nothing, trust no software or data, engage an expert.  Costly?  Just look at the cost if you don’t.

Selected ArticleComputer Evidence: presume nothing, trust no software or data, engage an expert.  Costly?  Just look at the cost if you don’t. 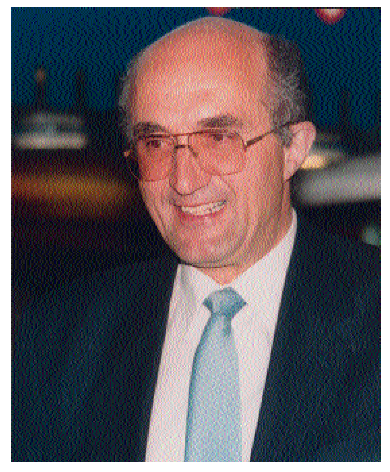 Challenging the reliability of AI and other complex multi-connected intelligent computer systems will become of fundamental importance as businesses and society move rapidly towards a software-dominated, algorithm-governed future.  Increasingly ubiquitous ‘algo dependency’ is likely to result in a wide variety of disputes, some of which will reach court, in which computer evidence will critically feature.

Such conflicts have indeed already arrived: in a recent article [1] I set out the substance of my sworn expert witness testimony given in a recent USA FINRA Arbitration.  This was for a dispute over use of Automated Decision Systems (ADS) by a major US fund management corporation to liquidate the investment position of a client, with heavy losses.  As the use of such ADS spreads widely, and courtroom battles follow, the costs of employing legal and computer experts in their resolution – in particular with regard to discovery of digital evidence and its presentation, explanation and validation in court – will be small compared with the profound financial impact of presuming that the automated functionality and operations of AI, and evidence derived from ADS, can be trusted as being reliable.

But why should there be any such presumption of the reliability of computer evidence?  It is interesting that it seems the question does not even arise in the USA, where, for example, Arizona is a leader in handling digital evidence [2]; and, further afield in North America, it was noted in 2003 [3], “The ability to convince the court that digital evidence is worthy of reception into the criminal process is dependent on the qualifications and competence of the tendered expert, the skill and knowledge of the prosecutor in leading such evidence and the quality of the digital evidence itself. Digital evidence has been successfully led in many jurisdictions in the United States and Canada over the past decade”.  There is here no hint of a ‘presumption’, but, correctly, emphasis is placed on the diligence, skill, competence and experience of legal and technical professionals with due regard to the special nature of computer evidence, in properly revealing and demonstrating its reliability, quality and relevance (or of course challenging the computer evidence adduced, as the case may be).

In the UK, however, there is a rather different jurisprudential situation.  Over many years, I have published extensively on the questionable presumption of the reliability of computer evidence, beginning with work commissioned by H M Treasury on the admissibility of computer evidence in court and the legal admissibility, reliability and security of IT systems.  Published in 1990 by permission of HMG [4], that work was definitive in the critical field of the legal standing and trustworthiness of computer software and systems, and of electronic evidence derived from such systems.  My recommendations included that, in court trials where computer evidence is to be adduced, there should be appointed an Independent Technical Assessor to assist the Judge.

Almost certainly on grounds of perceived cost-saving to the National Exchequer, my 1990 recommendations were not fully implemented by the UK government.  To the contrary, and to the astonishment of concerned expert ICT and legal professionals, an incorrect ‘presumption of the reliability of computer evidence’ later passed into UK law.  This, still current, legal rule was introduced in 1999 after a Law Commission recommendation that courts presume a computer system has operated correctly unless there is explicit evidence to the contrary.  This replaced Section 69 of the 1984 Police and Criminal Evidence Act (PACE), which stated that computer-based evidence should be subject to proof that the computer system was operating properly.  Reliance on this 1999 ‘presumption’ legal rule subsequently became common in pleadings, and accepted by presiding judges, albeit principally in criminal prosecutions (and rarely in civil disputes, where, in my long experience as an expert witness in UK, and USA, courts, all relevant evidence is disclosable, and routinely probed, ferociously).

In particular, this ‘presumption’ was a major factor in the 20-year-long faulty UK Post Office Horizon system prosecutions scandal, the most widespread miscarriage of justice in recent British legal history [5].  The Horizon debacle begs the question: why was it thought that ignoring those 1990 computer evidence recommendations would save costs in the justice system?  It is clear that the costs simply of the several hundred PO Horizon prosecutions, and the financial – and life – consequences to the hundreds thereby falsely accused and convicted, plus the further ongoing costs of the current Sir Wyn Williams Public Inquiry into PO Horizon, and the compensation payments that could result, vastly dwarf the relatively modest costs of implementing my 1990 recommendations for computer experts to be intrinsically woven, as court-appointed Independent Technical Assessors, into UK justice processes.

Furthermore, the PO Horizon fiasco was due as much to the paucity of Legal Aid funding for defendants.  Proper funding would have allowed ICT expert witnesses to demand discovery of, and competently investigate, the relevant software and systems and provide testimony to the court on a defendant’s behalf.  It is true that the ‘presumption of reliability’ is in principle rebuttable, but that rarely happens effectively in practice, since the defendant has meagre resources compared with the state, the prosecution.  I myself was approached to be a defendant’s expert for one of the very first Post Office Horizon system cases in 1999, but the accused Sub-Postmistress’s solicitors could not obtain Legal Aid funding to engage me.

Once again, saving costs in the justice system has simply led to massively increased costs and consequential financial damage later – even excluding potential future reparations for the shocking failure to deliver justice to the ‘Horizon hundreds’ falsely accused.  This inadequate funding of and in the UK justice system has also reached a crisis point amongst barristers themselves, with Members of the Criminal Bar Association (CBA) refusing to take on new cases from Monday June 27, 2022, staging a first whole week of strike action on Monday July 18, 2022, and saying such action will persist and possibly escalate, if a deal over proper levels of legal aid funding were not to be agreed with the government [6].

I have recommended that the current Horizon Inquiry address this Legal Aid funding lacuna; and that the Inquiry should also be guided by experienced independent professional forensic ICT experts.  I contend that the Inquiry must take on board over thirty years of scholarly and practitioner literature on electronic documents, plus ‘litigation trenches’ protagonist experience, concerning the legal and technical falsity of the ‘presumption of the reliability of computer evidence’.  Removal of this faulty UK justicial presumption is well overdue.  The bottom-line is that the presumption is – always was – simply wrong, and if only on costs grounds alone, it should not be kept in place.

Beyond the formal forensic procedural setting, it is timely that the wider ICT profession is itself grappling with asking the right questions of computer evidence, of AI, and of the ever-escalating deployment of interconnected software and systems.  The IT Leaders Forum of the British Computer Society (BCS, the UK’s Chartered IT Institute) has set up a Software Risk and Resilience Working Group [7].  This is intended to provide a framework for action should a major crisis be caused by a software disaster – of a scale vastly more massive in its consequences than PO Horizon – aiming to establish understanding of potential risks and resilience factors in infrastructure software in the UK.

It is clear that society’s growing ubiquitous dependencies on software, and on national-scale ADS, pose significant new issues as to the robustness, rigour and legality of the design and implementation of such systems.  In particular, the definition of ADS functional requirements, and the ‘baked-in’ bias in their algorithms, is of fundamental concern to citizens.  The computer evidence pertaining thereto should clearly be open to independent democratic audit – and certainly never ‘presumed reliable’.  For example, I suggested in a recent letter published in the Financial Times that the national economic anti-inflation algorithm to which HM Treasury is currently working should be published, in detail, for citizens and experts to examine and assess, and upon which to give their views, as a matter of best practice and sound algorithmic governance at the national level [8].

Dr Stephen Castell, an award-winning ICT systems and software consultant professional, and FinTech visionary, has for decades been active as an international expert witness in major complex computer software and systems disputes and litigation, including the largest and longest such actions to have reached the English High Court, and Sydney Supreme Court.

(i)  Meddings, S., 2022.  “Should those who sent the sub-postmasters to prison now face court themselves?  Sub-postmasters were hounded for years, even after doubts were raised over the IT evidence that convicted them. Despite this, their prosecutors remain  unrepentant”, The Times, Saturday August 06 2022.

(ii)  Flinders, K, 2022.  “Government has no plans to review controversial court rules on computer evidence.   Government accused of ‘passing the buck’ and ‘not knowing what it is talking about’ …”, Computer Weekly, 23 May 2022.

(iii)  Castell, S., 2021.  “A trial relying on computer evidence should start with a trial of the computer evidence.  Learning from the Post Office Horizon scandal …”, Computer Weekly, 22 December 2021.

(iv)  Mawardi, A., 2021.  “Mishcon and Eversheds among firms called up for Post Office inquiry”, The Lawyer, 12 October 2021.https://www.thelawyer.com/mishcon-and-eversheds-among-firms-called-up-for-post-office-inquiry/

(v)  Hyde, J., 2021.  “News focus: Post Office Horizon scandal – Where weren’t the lawyers?  There are calls for a full, judge-led public inquiry into the Post Office prosecution of former subpostmasters, with many wondering what role lawyers played in this miscarriage of justice…”, The Law Society Gazette, 3 May 2021.